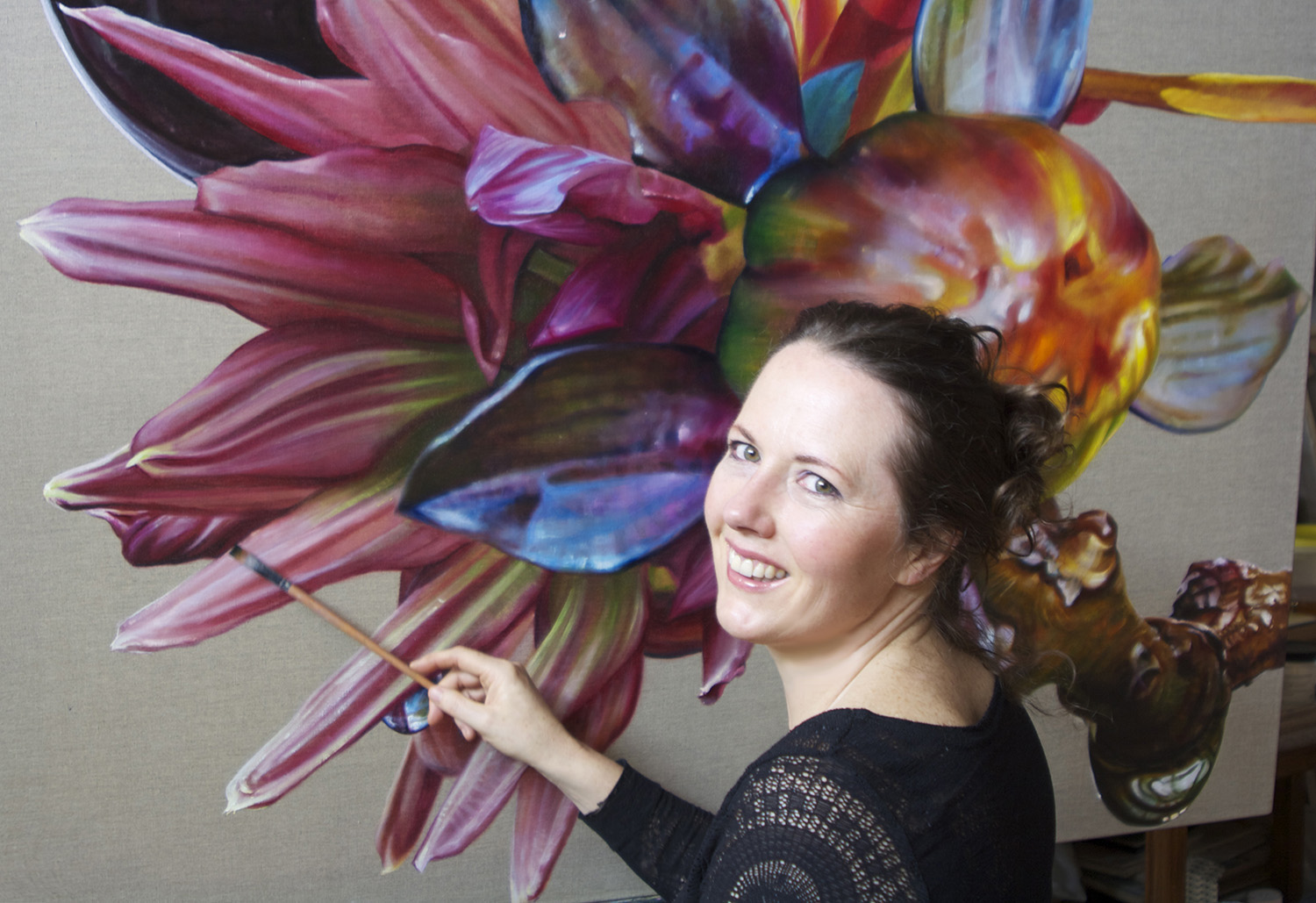 Through an extraordinarily refined and perfected painting technique, Anne Middleton explores our natural world in sublime detail. She examines the environment and our connectedness to it. Unapologetically beautiful, Anne’s paintings immerse the viewer in a utopian realm, minutely observed, with subjects as disarmingly familiar as a garden wren or a blossom in spring.

Anne’s deeply personal and poetic aesthetic has been developed over nearly thirty years of consistent dedication to her chosen medium of oil painting. Exhaustively accomplished to the most notable and exacting standards, Anne’s paintings are rendered with the empirical precision and fastidious accuracy of scientific illustration. Her paintings are equally placed within the domains of botanical science and that of the art museum.

Anne’s lineage as a painter draws richly from the classical, romantic and baroque artistic traditions that flourished in Europe during the 17th and 18th Centuries. Utilizing these techniques, Anne transforms her acute observations within each canvas to create epic testimonies to the wonders of nature. Anne’s works invite us to view the familiar, yet often over-looked, afresh.

Anne has significantly contributed to the contemporary artistic community both within Australia and on the international stage in Hong Kong, Italy, and the UK. In 2004, Anne was the first Australian to be awarded a Fellowship from the prestigious Bogliasco Foundation in Italy. Throughout her celebrated career, Anne has held ten solo exhibitions and participated in more than thirty Art Fairs and group shows internationally. Anne currently lives on the coast of South Western Victoria, and is a dedicated full-time artist.